It’s been too long since the last update. But it’s there! The last version of the temperature logger, the hardware and the source code. 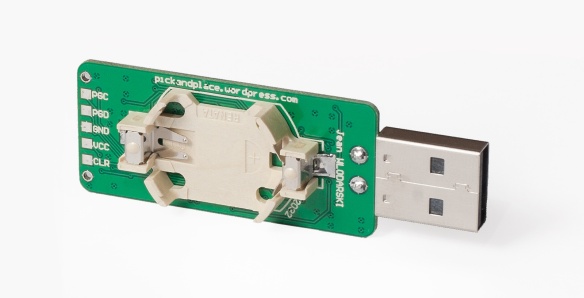 The changes since the last version:

The source code is now available from my GitHub: Temperature Logger v2.1 – Github

I also made a program/debug adapter (especially useful for debugging):

This is the “office” version of my previous peg-adapter 😉

A lot of people were asking me if I was selling these loggers. Unfortunately, no. The design and functionalities are sexy, but I don’t have the capacity to launch a production on my own. And if I had do make only a small batch, the price would be totally uncompetitive.

A big thanks for all the people who donated a little something to motivate me!! (or to help me be more ashamed of the lack of updates)

All the contents (except the parts of Microchip’s code in the source) are under the Creative commons license, Attribution – Share Alike – Non Commercial.